Gas grills are great but their large size can make it difficult for people to take them over to a friend’s home, to the park, or use it for tailgating purposes. It’s just not convenient to do so. Fortunately, grill manufacturers have thought about this problem and have produced a solution that everyone can enjoy. And this solution is a small gas grill. These smaller size versions replicate the performance of larger grills but are portable enough to be used anywhere. We think they’re so great that we believe everyone should own one. That’s why we’ve taken the time to review the best small gas grills, so our readers can find the ones that work best for them.

Also Consider
Char-Broil Grill 2 Go X200 Infrared Propane Grill  (review)
Buy it on Amazon
Note: We may earn a small commission when you buy through links on our site. Learn more

The Weber Q1000 is a small gas grill that was first released in 2014 but was then called the Weber Q100. After adding a few improvements to the Q100 and giving it a sleek new style, they then decided to release this model as the Q1000. After taking a few moments and giving it some serious consideration, we have concluded that this product isn’t the best small Weber grill, but is one of the best small grills available. It’s a product that we think is a product that people who love outdoor grilling is going to appreciate using.

With the lid closed, this model is approximately 14.5-inches high, 27-inches wide, and 16.5-inches deep. It’s a product that features a single stainless steel burner that produces 8,500 BTU per hour of heat that’s sufficient enough to cook just about anything—regardless of whether it’s burgers or hot dogs, pork chops or pork steaks, or even ribeyes. And it’s capable of producing this kind of cooking heat because it uses liquid propane fuel. The consumer can hook up either 14.1 or 16.4-ounce cylinders to the grill and it produces a nice heat that’s great for grilling. Sure, the consumer still needs to turn the grill to high and allow it to preheat for 15-minutes, but once that’s done, grilling can be done quickly and efficiently.

We would also like to talk about the cooking area of the grill. This grill has a total of 189 square-inches of cooking area. This is the perfect size for grilling food for one to two people and is a little under half the size of a standard cooking grill. That’s a small amount of space for a full-size grill, but it’s a good size for portable gas grills. Other features found on this grill include a porcelain-enameled cast-iron cooking grate, an aluminum body lid and body, and a removable grease tray. It’s everything a person needs for doing the grilling for 1-2 people and portable enough to take anywhere.

The next small gas grill that we’d like to review is this one from Megamaster. Although we have to admit that we weren’t familiar with this grill brand before, we have since come to appreciate its low-cost and its simplicity. This is a grill that has a total of 200 square inches of cooking space, which is more than enough for four burgers or four chicken breasts. That makes it a great grill for up to 2 people and one that’s portable enough to be taken anywhere.

This product is approximately 20.27×19.13×15.87-inches and it weighs less than 20-pounds. That allows the consumer to take it just about anywhere they need to grill—regardless of whether they’re grilling at their local camping grounds, while tailgating, or over at a friends house. It can even be easily packed into an RV and be used for grilling anywhere that can be reached by road. This product is intended to be used with 20-pound or smaller propane tanks. It also had two stainless steel burners that give the consumer good control over the cooking process.

Another thing that we liked about this grill was that it was inexpensive, so just about anyone can afford this product. We also liked that it had a push and turn ignition system that made it easy to light. If there was one thing that we didn’t like about this grill, it was that the temperature control could be a bit finicky and the burners might end up going out as a result. Additional features worth mentioning include a stainless-steel cooking grid, legs that can be folded, and a front handle that makes opening the lid and checking on the food a breeze. All of which makes this small budget gas grill one worth taking a closer look at.

When we first took a look at this small gas grill, we didn’t think it was anything more than just an inexpensive model. Since that initial impression, however, we had to revise our opinion of it—with just one caveat. We felt that this was a quality model that seems well built and had plenty of grill space, but we did think that it had temperature control problems. More specifically, we thought that the temperature was too high and it was difficult to cook at lower temperatures.

With that said, let’s take a closer look at this grill. This grill is approximately 23.7-inches wide by 15.7-inches deep and is 13.6-inches high. It weighs approximately 20-pounds and uses a design that features built-in handles that make it easy to carry from one location to the next. This product has a single 9,500 BTU burner and has 200 square inches of total cooking space. That gives the consumer plenty of room to work with when cooking food for one or two people.

Another feature that we liked about this product was that it had an ignition that was placed in the right front leg and that helps to shield it from damage. This grill is designed for use with 16.4-ounce propane cylinders, but if the consumer wants to purchase a separately sold propane adapter, then they can use this grill with 20-pound tanks.

Overall, we thought that it was a well-made grill that was portable and had plenty of grilling space. Unfortunately, the fact that it runs too hot makes it more difficult to use than some of the other grills in this category that we’ve reviewed, and for this reason, we’ve decided to place this grill in the third position on our list. If it weren’t for this issue though, it would definitely be higher.

Although there are a ton of different things that a person needs to talk about when choosing a full-size grill, the things the consumer needs to think about when purchasing a small gas grill is much smaller. However, that’s not to imply that there aren’t things that the consumer needs to think about before purchasing one of these grills, it’s just that the list of potential features is smaller because many of these products have features in common.

The features that are different among these grills are extremely important though, so it is important for the consumer to think about these features before they decide on purchasing one. To help our readers find a small gas grill that fits their needs perfectly, we’ve decided to write this brief but concise guide on the subject.

Since we’re talking about portable gas grills in this guide, it probably should be stated that all of them are going to use propane canisters of some sort. Most of the grills that we’ve reviewed use 16-ounce canisters, but some of them can be adapted to 20-pounds tanks using a special adapter—an adapter that usually has to be purchased separately. If this is important to you, then be sure to factor it into your decision when buying a new small gas grill.

The Size Of The Grill

The Size Of The Grill’s Cooking Area

The next thing that you’re going to want to think about is the size of the cooking area. Ideally, you want a cooking area that’s large enough for 1-2 people but not so large as to make the grill too bulky to take with you. Standard grills have a cooking surface area of approximately 400 square inches, so you’ll want to make sure our small grill is approximately half this size. A grill with a cooking area that’s 160-200 square inches is generally big enough for 1 or 2 people.

Another thing that you might (or might not) want is a grill with an infrared feature. Infrared grilling is a feature that uses radiant heat to cook food. This method cooks food more directly than convection heat and helps to keep it from drying out. It’s also designed to reduce flare-ups or hot and cold areas from developing. Not all small grills have this feature but the ones that do usually work very well.

Let’s Talk About The Cooking Grate

The Number Of Burners & BTU

The number of burners and the amount of BTU the grill produce determines how much heat it can produce. These grills are usually equipped with one, maybe two, grills and they produce a BTU of anywhere from 8,000 BTU to 16,000 BTU of heat. BTU stands for British Thermal Units and the more of these you have, the more heat that is produced. Of course, more doesn’t always mean better, especially if the grill doesn’t have a lot of temperature control. So it’s important for you to think about the potential BTUs you’re going to need, and if the grill has a high BTU, then be sure to choose a model that offers great temperature control.

Other Features To Think About

Even though we feel that we’ve covered the basics of buying a small gas grill, there are a few things that you’re going to want to think about before buying a new grill. Sure, you can just follow the above tips and you’ll end up with a great grill, but the following features can make a good grill into a great one. Let’s take a quick look at them before we conclude this guide. 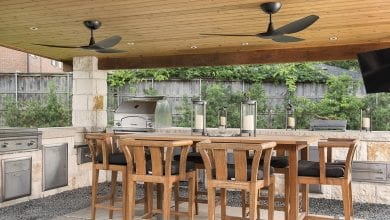 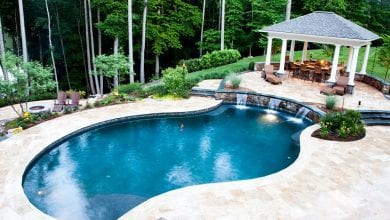 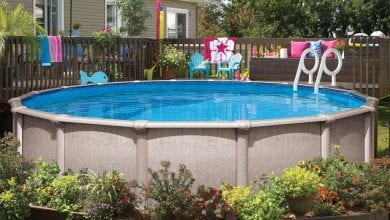 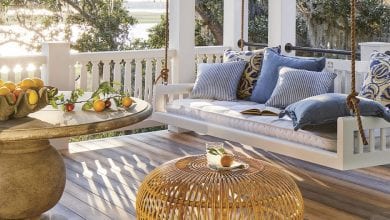 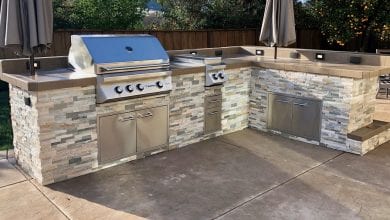 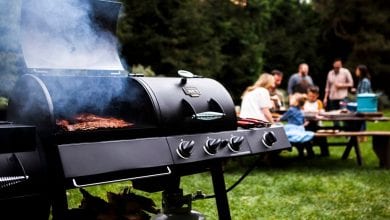