One of the insects that can be found around water sources is the now dreaded water bug. This insect, also known as black beetle or by its official name Blatta orientalis. And seeing one or more of these waterbugs can really be distressing to the pool owner. That’s why we’ve decided to take the initiative and to give our readers some reliable information on how to get rid of water bugs for good. Sound good? Good, let’s get started.

What Is A Water Bug?

Before you can tackle the process of eliminating water bugs for good, we think that it’s a good idea for everyone to know the pest they’re dealing with. The water bug is also known as the Oriental cockroach, although it’s from Africa or south Russia and isn’t from Asia, and its official name is Blatta orientalis Linnaeus. It’s a pest in many parts of the U.S., and it’s sometimes referred to as a black beetle. However, the most common name people give it is water bug.

Water bugs are about 1-inch long—or about 22mm to 27mm long to be more exact. They come in a variety of different shades of brown, dark brown, and black. The female of the species have very rudimentary wings, but males have wings that cover approximately 75% of their bodies. The outer wings are thick, narrow, and look quite a lot like leather. The inner wing is very membranous and folds up like a fan. Despite having wings, neither the male nor the female of the species can fly, however.

A female water bug is capable of laying approximately 8 egg capsules over the course of its lifetime. Within each of these capsules are 16 eggs, so the average female water bug is capable of producing about 128 offspring. It takes the female anywhere from 12 hours to 5-days, and when she lays them she deposits them in a sheltered environment that’s warm and near a source of food. It will take these eggs about 42 to 81 days before they hatch. Once they hatch, the mother will give no assistance to her offspring. In other words, they’re one their own—which makes them a very resourceful and tough to eradicate species.

On its journey to adulthood, juvenile water bugs will molt about 7 times. And that process takes about a year. Once the water bug has reached adulthood, it will then live anywhere from 34 to 180 days. It’s during this period that water bugs will hook up with mates and continue their reproduction cycle.

Where Can You Find Water Bugs?

Water bugs tend to be found in warm and damp areas that are adequately shaded and are close to debris that they can consume. These bugs can be found around pools, in basements, in crawl spaces, and in sewer pipes. If the numbers of water bugs are extremely high in a particular area, they will migrate to other locations in a process that’s often informally called colonization.

What Do Water Bugs Eat?

Well, as most of our readers can probably imagine, water bugs are not that indiscriminate about what they eat. They will eat sewage, garbage, decomposing organic matter, and just about anything else. If they do have their choice in foods, however, they do tend to eat foods that are high in starches.

A question that people frequently ask when they discover they have a water bug problem is if water bugs are cockroaches. To that question, we have a simple reply: they are not the same. There are many differences between water bugs and cockroaches—some of which we’re going to discuss in this section before moving on to the section on how to remove them.

Giant water bugs can usually be found outdoors around sources of water, or indoors in basements or subfloors. Water bugs tend to be predators in the insect world—which means that they will hunt and kill other insects. Some varieties of them also have a bite that’s painful, although this bit isn’t dangerous to human health. Water bugs also can’t fly, even though they do have wings.

Cockroaches come in a variety of different shapes and sizes. Although they do tend to congregate around water sources, they don’t prefer a wet environment as water bugs do. Most cockroaches don’t bite, but they can spread human diseases. Also, cockroaches don’t actively hunt other insects, but instead, tend to be scavengers. Some varieties of cockroaches can fly, however.

How To Eradicate Water Bugs From Your Home Or Pool Area

Now that we understand the enemy we’re facing when we’re trying to get rid of a water bug problem, it’s time to turn our attention to some of the strategies that are going to be the most effective. Although we do understand that it’s tempting for a person to do a scorched Earth technique and just throw dangerous pesticides all over their home and yard willy-nilly, that’s not the best strategy for getting rid of these insects.

Step One: Make Sure That You’re Actually Hunting Water Bugs

We provided detailed information on water bugs because it’s important for the homeowner to know whether they’re actually facing an infestation of these insects or if another type of insect is in their home. Since the methods for eradicating water bugs are different than the methods used for eradicating other insects such as the American cockroach.

Since water bugs are probably coming into the home from outside, the homeowner is going to want to identify the areas where there is a water bug nest. This will require a person to look in dark areas around their home where water bugs might be. Remember, water bugs look for shaded areas to reproduce. They also like areas that tend to be moist. This means that areas that should be checked for water bugs include pipes, dark corners of the basement, crawl spaces, and other such areas.

If a person is having problems finding where the water bugs are, they should try to attempt to do a search at night. Water bugs can become more active at night, so this is a good time to try to find out where they’re living.

The next step to eradicating water bugs is to choose the appropriate type of pesticide for the job. When it comes to this point, consumers do have a few options available to them. They can either decide to choose a chemical pesticide that’s made specifically for water bugs and/or cockroaches, or they can choose a more natural method of eradication.

In our estimation, the most effective ways to destroy water bugs include chemical pesticides, concentrated white vinegar, rubbing alcohol, cooking oil, liquid detergent, and a powder mix that includes sugar, baking soda, borax, and boric acid. Of course, there is also a method that uses citronella to effectively repel water bugs, but this method doesn’t kill them. In this section, we’re going to go over each type of these products individually.

Concentrated white vinegar works very well for getting rid of water bugs. All that has to be done is for it to be placed into a spray bottle and then sprayed over the area where the bugs have been living. For best results, this should be done twice a day until the water bugs have been completely eliminated.

Liquid detergent is another method of dealing with water bugs that surprisingly works quite well. All that a person has to do is to add 3 tablespoons of detergent to a spray bottle of water and mix thoroughly. This solution is then sprayed over the affected area. This method changes the surface tension of water and doesn’t allow the water bugs to come to the surface. This basically causes them to drown.

Another solution is to make a powder that the water bugs will willingly eat, but will end up destroying their digestive tract. This, of course, kills them in a reasonable amount of time. To make this mixture, mix together one part sugar, one part baking soda, one part borax, and some boric acid. This should then be sprinkled in the areas where water bugs congregate.

Chemical pesticides are also a solution and there are plenty of pesticides that work well against water bugs. When using these products, it’s important that the consumer thoroughly reads and follows the directions on its label to ensure that it’s not only effective but also safe as well.

For anyone who doesn’t want to harm the water bugs but would instead like to drive them away, there’s always citronella. Citronella is an essential oil that water bugs hate, so they try to get away from it as far as possible. And this ingredient is not only good at driving away water bugs but also mosquitoes, gnats, and other insects as well. The only problem with this method is that it tends to only keep the bugs away for a little while, so it’s not a long-term solution.

Before we conclude this article, we’d like to offer our readers a few additional facts that they might find useful. The following tips will give our readers just a few more arrows in their quiver to deal with any current or future water bug infestations. We hope that it serves everyone well.

If our readers read and follow all of our above directions, they should be able to get rid of their water bug rather quickly. Depending on the method used, and the environment it’s used on, the treatments make take a couple of applications to work, but they will eventually work. 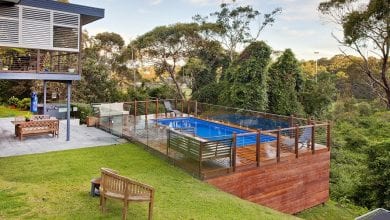 What Size Heat Pump Do I Need? 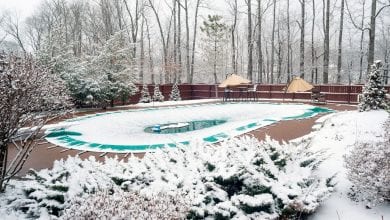 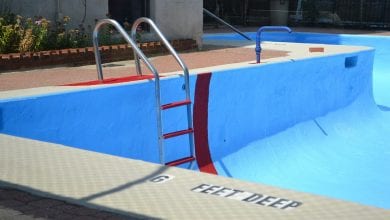 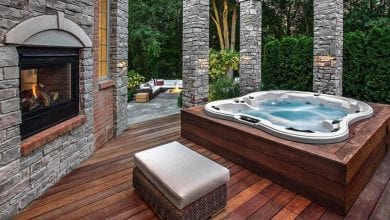 How To Drain A Hot Tub? 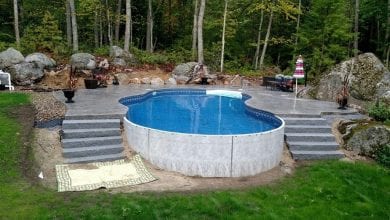 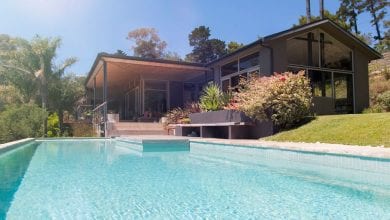 How To Lower Ph In Pool?