Also Consider
Costway Industrial Air Cooler  (review)
Buy it on Amazon
Note: We may earn a small commission when you buy through links on our site. Learn more

Many people think that if an evaporative air cooler is portable, then it’s not going to be able to cool a very large area, but anyone who looked at this model from Hessaire would know that simply isn’t true. This model is compact, measuring only 28-inches by 22-inches by 12-inches and only weighs 16-pounds, but it’s also extremely powerful. It can deliver up to 1,300 cubic feet of air per minute and can cool down an area up to 500 square feet in size. That makes this product one that people might want to think about when they’re purchasing a new evaporative air cooler.Now that we’ve gone ahead and deemed this model the best evaporative air cooler currently available, at least by our standards, give us a moment to explain to you why we like this product. This product is not only portable and capable of cooling a large area, which we’ve already covered, but it’s also got some other features that we liked. For example, unlike some of the larger evaporative coolers, this one is extremely simple to fill and to keep filled.

With this model, the consumer doesn’t have to worry about spilling water all over the place when they fill it. And if the consumer wants to go with its continuous fill option by hooking it up to a water hose. It even comes with a brass float adaptor and float valve for this very person.

Another evaporative air cooler that we were impressed with after seeing is this one from Honeywell. It’s another portable model that’s only 29.6-inches tall, so it’s really only designed for smaller areas. This product only covers approximately 120 square feet of space, so compared to our number one air cooler, it’s a considerable step-down. However, that doesn’t mean that this unit isn’t one that a person might want to consider—after all, it does have a few things going for it.One of the things that it has going for it is that it can provide up to 194 cubic feet per minute of cooling, which is a nice amount of airflow for any cooler. Another thing that we liked about this cooler is that it’s extremely efficient and uses less energy than many other coolers. In fact, it only uses 50-watts of power—which is a minuscule amount when compared to some of the larger coolers that are being sold nowadays. We also liked the fact that since it was a little less than waist high and had vertical oscillation, it does distribute air nicely in a room.

Of course, those aren’t the only reasons why we enjoyed this air cooler. It also has a number of other features. It has 3 different fan speeds, a washable dust filter, and it has an alarm that alerts the user when the water levels have fallen too low. And it also comes with a remote control that allows the unit to be operated from across the room. But the best feature of all has to be that it doesn’t spit out water as some other air coolers do. That alone makes this product worth considering. So the consumer shouldn’t be quick to dismiss this cooler just because it’s a portable one. It’s still one that can provide a lot of people with a lot of uses. Sure, for bigger areas it doesn’t work as well, but for use as a personal air cooler, it works just fine.

Even though this evaporative air cooler doesn’t provide the same amount of cooling that some of the other coolers we’ve reviewed are capable of doing, we still think that it might be suitable for some people in some circumstances. It’s a cooler that’s capable of running for a long time, which allows the consumer to run it without having to fill it up constantly. It has a 7-gallon tank, so it can run an extremely long time, and it has a transparent fill window that allows the consumer to gauge the water level so they know exactly when they need to fill it.Another thing that impressed us about this air cooler is that it has a 3-in-1 design that allows it to be used as an evaporative air cooler, as a fan, and of course, as a humidifier. It also has three different fan settings (low, medium, and high), that allow the consumer to set it according to their needs or the design of their room. We also appreciated the fact that this unit could be operated via remote control and had a 12-hour timer that automatically turned it off after 12-hours of use. That makes it a lot easier for the consumer to operate.

This product is 36-inches high and comes with four ice crystal boxes and instructions on how to operate the system. Each unit has two drains that make emptying excess water a breeze, a large air outlet that provides a wide cross-section of air, and wheels that make the unit easy to move from one area to the next area. All things considered, this is a decent air cooler, it’s just not the best one that we’ve ever reviewed. It is worth considering, however, and we’re sure it will work well for some people in some circumstances.

A Guide To Evaporative Air Coolers

As we’ve seen with the above reviews, evaporative air coolers come in an assortment of different varieties and with different features. That’s why it’s important for the consumer to do their homework and make sure they absolutely purchase the best evaporative air cooler for your needs. With that as our absolute goal, let’s head on to some bullet points that all of our readers can use to make sure that they end up purchasing the best air cooler for their circumstances and needs.

The first thing that the consumer should decide on before they purchase a new evaporative air cooler is what type they need. These coolers come in one of three different types and each of these types addresses a specific need. These three types are Portable, Residential, and Commercial. Let’s examine each one of them and see what they’re designed to do.

When it comes to swamp coolers, portable ones are pretty nice, especially if the consumer is just trying to provide themselves with cool air and aren’t trying to move air through a large room. Most of these types of coolers can handle spaces around 100-150 square feet, but there are some models that can provide cool air to larger spaces. The biggest positive of these coolers is that they’re easy to move from one space to another as needed, so the consumer can take the air with them.

These units are a little bigger than portable models, but they’re still small. They’re designed to provide spot-cooling, although there are some models that can cool a room over 500 square feet in size. We would consider these coolers halfway between portable air coolers and commercial air coolers.

These evaporative air coolers are larger than either portable or residential models. That allows them to cool larger spaces but it also means that they’re all a lot more expensive than any of these other units. Their capacity for handling large areas makes them likely to be used for factories, warehouses, or aircraft hangars.

Evaporative air coolers also come in a variety of different sizes and are rated according to their CFM. CFM stands for cubic feet per minute and tells the consumer how much air these things push out at one time. The consumer should always make sure that they buy the right CFM cooler for the size of their room. So, start with the size of the space being serviced and then choose a cooler based on that space size.

For example, let’s say that you have a 550 square-foot room with 8-foot ceilings. First, you’re going to have to figure out the square feet of your room by multiplying the square footage of the room by the height of the ceiling. This gives you 4,400 (550×8).

The above calculation for figuring out what CFM evaporative air cooler you need works when the consumer is figuring out the CFM for a standard room with an 8-foot ceiling. However, if the room isn’t standard, then the consumer might need to adjust the final figure so it’s more accurate. For example, if the ceilings are higher than 8-feet, there are more than 2-people that are going to use the space at one time, or the room has a lot of appliances that generate heat, then the consumer is going to want to adjust the final number upwards by 20%. For instance, the above example of our 4,400 square feet room will have to have its, 2,200 CFM rating increased by 20% to 2,640 CFM.

Additional Features To Think About

Before concluding this guide, it’s probably a good idea for the consumer to think about more than just the air cooler’s size and CFM rating. They’re probably going to want to also think about the features that can be found on the cooler. Below are some of the more common features found on evaporative air coolers that enhance the uses of the cooler or makes it more convenient to use. 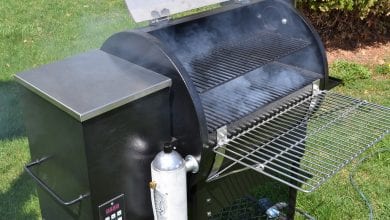 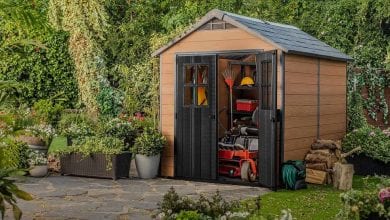 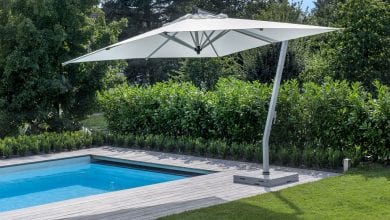 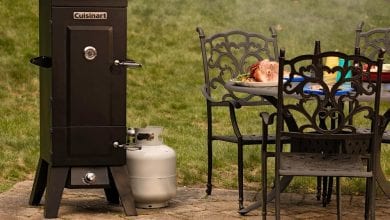 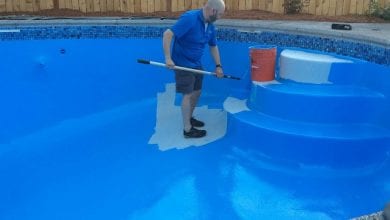 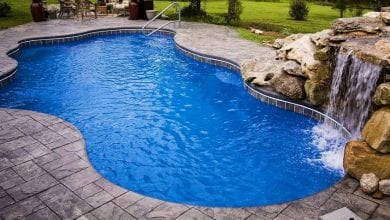